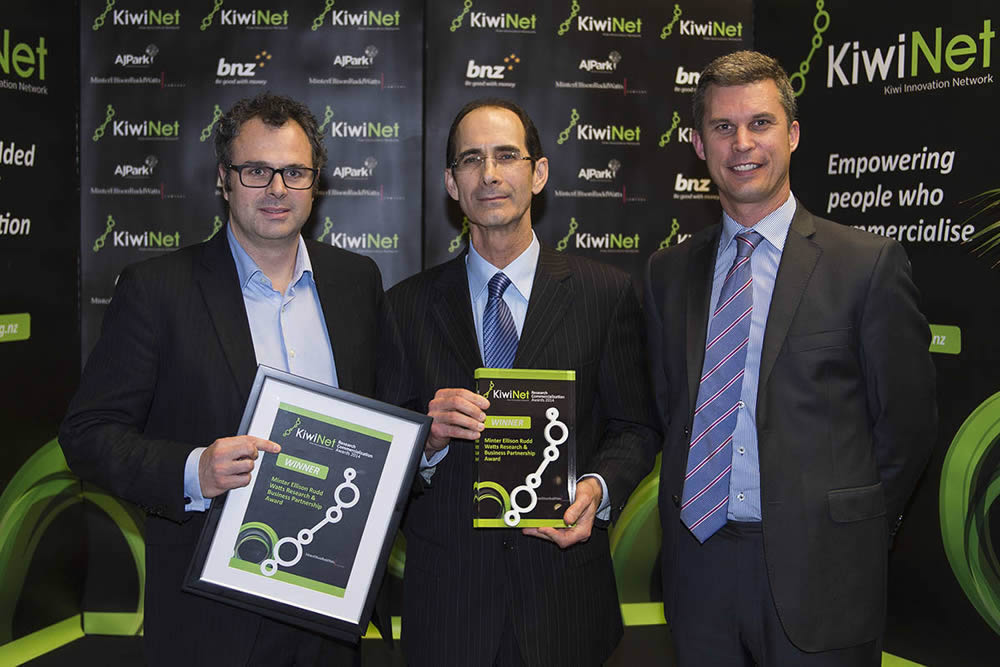 Entries are open for the 2015 KiwiNet Research Commercialisation Awards. The KiwiNet Awards celebrate the achievements of individuals, teams and organisations, who are transforming clever science into valuable commercial ventures in New Zealand. Entries are open until 27 February.

"We want to turn the spotlight onto some great stories about turning scientific discovery into commercial success from within our universities and crown research institutes," says KiwiNet General Manager, Dr Bram Smith.  “These new innovations will play a vitally important part of New Zealand’s future as they will be central to the formation of new companies that will grow our economy.”

“By highlighting these stories we can not only acknowledge the great efforts of people involved in research commercialisation but also expose potential collaborators, customers and investors to a new wave of innovation and a world of new opportunities,” says Dr Smith.

The Awards are the pinnacle of KiwiNet activities, designed to build knowledge and inspire research commercialisation success. The Kiwi Innovation Network is a consortium of universities, Crown Research Institutes and a Crown Entity, established to boost commercial outcomes from publicly funded research.

The Awards are open to entrepreneurial researchers, business and science collaborators and research partnerships who have commercialised publicly funded research.

Dr Smith says, “Through the Awards we’ve uncovered many inspiring examples of researchers who crossed the divide between the research and business worlds, leveraging their discoveries to build successful commercial ventures.  The profile past winners have received has in some cases helped the organisations and people involved to even greater success.”

2015 KiwiNet winners will be announced at an awards reception, on 17th June in Auckland, sponsored by BNZ, AJ Park, MinterEllisonRuddWatts and Sciencelens photography.