An independent review released today on the impact of the first ten years of the Ministry for Business, Innovation and Employment (MBIE) PreSeed Accelerator Fund shows more publicly funded science discoveries are getting to market after a decade of Government PreSeed investment. The review was released jointly by KiwiNet, Return On Science and CDC Innovation, all members of MBIE’s Commercialisation Partner Network.

The review of PreSeed investment into fifteen universities and crown research institutes from 2003 to 2013 showed 573 projects, from biodegradable polymers to advanced sonar technologies for scanning the seabed, had received $42.6 million in Government PreSeed investment. This was matched with a further $90.9 million of co-funding from research organisations and external investors. 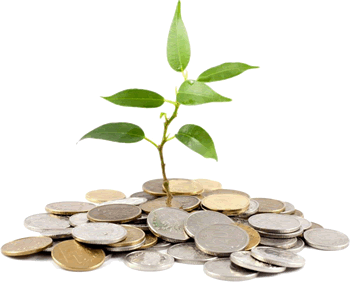 The 573 projects reviewed resulted in more than 386 licenses, numerous start-ups, and other commercial deals that have the estimated potential to generate at least 460 jobs and up to $3.0 billion in export revenues for New Zealand. The report states that the actual returns to the research organisations alone have already reached $188.2 million, with many more projects still in development.

Dr Bram Smith, General Manager of KiwiNet, a consortium of 15 universities and crown research institutes and agencies working together to turn research ideas into commercial value says, “MBIE’s PreSeed investment has been a key mechanism for transforming clever science discoveries into commercial opportunities. PreSeed is about science driving business innovation, and the report shows that Government investment in this area is producing good economic returns for New Zealand.”

Return On Science Programme and Commercialisation Director Graham Scown says the Government’s consistent backing of the PreSeed fund is delivering returns to New Zealand. “PreSeed targets research projects early to identify commercial potential and accelerate them towards high value commercial outcomes. As such it is high risk and each project has complex barriers to overcome. PreSeed enables world class expertise to be engaged on these projects, mitigate those risks and barriers, and as this report demonstrates, ongoing Government support will deliver more and more of these significant outcomes to New Zealand.”

Hon Pete Hodgson, CEO of Otago Innovation and the former Minister of Science and Innovation who first implemented PreSeed says, “A return of over four times the Government PreSeed contribution was reported over the first decade. Importantly this return has enabled further investment into research and commercialisation projects which is extremely encouraging.”

Duncan Mackintosh, CEO of WaikatoLink, the commercial arm of the University of Waikato comments, “Getting research to an investor ready stage is very often a long term process. It’s encouraging to see PreSeed investment and the increasingly collaborative efforts of research organisations delivering results. Momentum is really building and we’re seeing more successful projects being supported by the private sector at an earlier stage and significantly more market uptake and success.”

The report shows at the start of the review period in 2003 there were only a handful of projects receiving PreSeed investment, while in 2013 this had grown to 120 projects a year.

Auckland UniServices GM Technology Development Will Charles says, “PreSeed investment has shown good returns to New Zealand taxpayers and in many cases it has made the difference between interesting research and successful commercialisation. The key word in the programme is Accelerator; PreSeed funding has enabled technologies to be developed and brought to market much faster and, as such, to be globally competitive and relevant to business and market needs.”

Dr Kjesten Wiig, National Commercialisation Manager at MBIE says, “The PreSeed Accelerator Fund was set up to enable better commercial returns from research, and it’s well on the way to doing that. The cultural evolution we’re seeing alongside this in the research commercialisation space is essential and very encouraging. PreSeed is helping transforming how we get science to market as we seek to diversify and strengthen New Zealand’s export base.”

About Return On Science

Return On Science is a national research commercialisation programme that delivers new research to market from universities, research institutions, and private companies. These award winning services include connecting science and technology with strategic management, top-tier advice and guidance, world leading best practice process, and efficient access to capital. Return On Science has four independent specialist Investment Committees covering the ICT, Physical Sciences, Biotech & Life Sciences, and Agritech and Agbio domains. The committees are made up of world class experts from around the globe and the members includes entrepreneurs, investors, experienced corporate executives, and distinguished academics.
www.returnonscience.co.nz

CDC Innovation is part of Canterbury Development Corporation, the economic development agency for the Christchurch City Council, and supported by the Ministry of Business, Innovation and Employment (MBIE). Its aim is to accelerate the commercialisation of innovation in Canterbury. It works closely with national partners to make sure that Canterbury is well connected throughout New Zealand. Partnerships include Callaghan Innovation and the other members of MBIE’s Commercialisation Partner Network, KiwiNet and Return on Science.
https://www.christchurchnz.com/about-us/strategies-publications