The KiwiNet Awards celebrate heroes in research commercialisation — those individuals and organisations whose best practice approach is changing the innovation landscape in New Zealand. We congratulate the 2022 winners!

An inspirational commercialisation leader, advocate, and entrepreneur, driving returns for Aotearoa and empowering the next generation.

Cather Simpson is a physicist and chemist at the University of Auckland. In 2010 she founded the Photon Factory, which has attracted millions of dollars in commercial contracts and acts as a 'high impact' commercial hub. She has also been involved in the formation of two successful startup ventures; Engender Technologies, and Orbis Diagnostics; which have already provided significant returns and impact for Aotearoa. Cather is also a Partner in deep-tech investment company Pacific Channel.

Cather is a supportive and inspirational leader, who is widely respected in the areas of innovation in undergraduate teaching, women in science, and ethics in education and research. In 2015 she co-founded the Science Scholars Program at the University of Auckland, and publicly advocates for diversity in science. Cather continues to be involved with the companies and innovations she has helped develop, while also acting as a mentor and advisor across the deep-tech commercialisation space and raising the external profile of the sector in NZ. 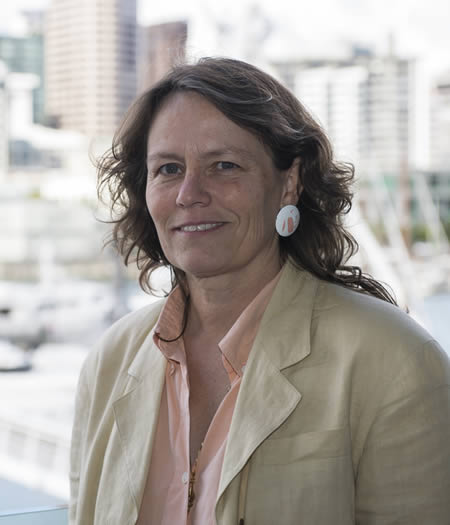 This award recognises a highly motivated university student who looks beyond the science and sees the prize - how their idea can change the world. The student is making outstanding contributions to business innovation or has created innovative businesses in New Zealand. This could be through technology licencing, start-up creation or by providing expertise to support business innovation.

Is it Ice cream? Yeah, Kinda.

Mrinali Kumar is studying towards a Masters in Food Technology at Massey University. At the end of her fourth year of her Bachelor's degree, Mrinali participated at start-up weekend in Taranaki, where she met her co-founder Jenni Matheson, who presented the idea of a cauliflower-based ice cream. Post competition, Mrinali and Jenni decided to create Kinda, and turn a benchtop formulation into a commercial product.

Kinda is making animal free foods taste better, by using Science, Technology and a bit of kiwi ingenuity. The first product range to market is ice cream, which uses a key ingredient utilising 93% less land, 81% less water, produces 84% less greenhouse gasses and 53% less nutrient runoff into the environment, compared to dairy milk. Kinda ice cream, has been created with an innovative formulation using cauliflower. This creates a creamier, dairy like texture with a higher melting stability then competitor products. Kinda doesn’t like food waste, so they have partnered with Social Enterprise - Perfectly Imperfect to utilize ‘cosmetically imperfect’ cauliflower and to add value to New Zealand growers.

Meat and dairy contribute 14.5% of global greenhouse gas emissions, directly impacting climate change. 42% of the worldwide population are reducing their meat and dairy intake and opting for plant-based alternatives. Kinda has seen a global opportunity within the plant-based space for New Zealand to lead in. 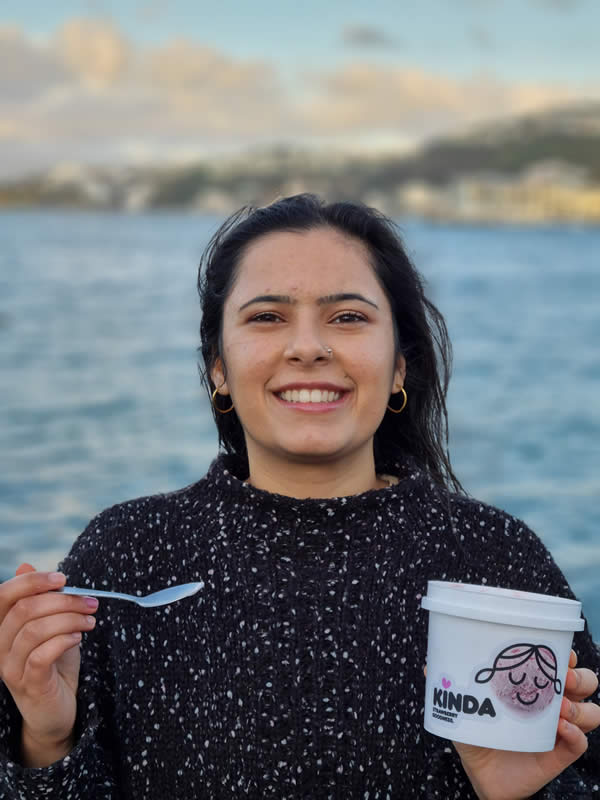 This award recognises an upcoming entrepreneurial researcher who is making outstanding contributions to business innovation or is creating innovative businesses in New Zealand. This could be through technology licencing, start-up creation or by providing expertise to support business innovation.

Jonathan Ring, Founder and CEO of Zincovery, has developed a disruptive technology to recycle zinc from furnace waste. One of its key benefits is the ability to produce zinc with 70% less carbon emissions than the existing recycling process.

Jonathan started the development of the ‘Zincovery' technology during his Master’s project with Professor Aaron Marshall at the University of Canterbury. Jonathan is committed to fighting climate change and protecting the environment from pollution. Current zinc recycling methods result in large carbon emissions and significant material wastage; Jonathan is determined to change that.

The Zincovery technology can recycle zinc and produce less than 1 tonne of CO2 per tonne of zinc (typically recycled zinc requires five or more) using an innovative, low-temperature furnace process. The technology has the potential to save isolated steel mills over $500,000 in transportation costs and reduce the landfilling of over 3 million tonnes of dust per year. The global market opportunity for the technology is estimated at over $10 billion per annum and growing.

Jonathan has taken his Master’s project from the lab to a start-up company in just two years and now manages seven employees. Under Jonathan’s lead, Zincovery has secured significant private investment, was awarded the prestigious C-Prize in 2019/20 and has customers lined up across multiple continents. 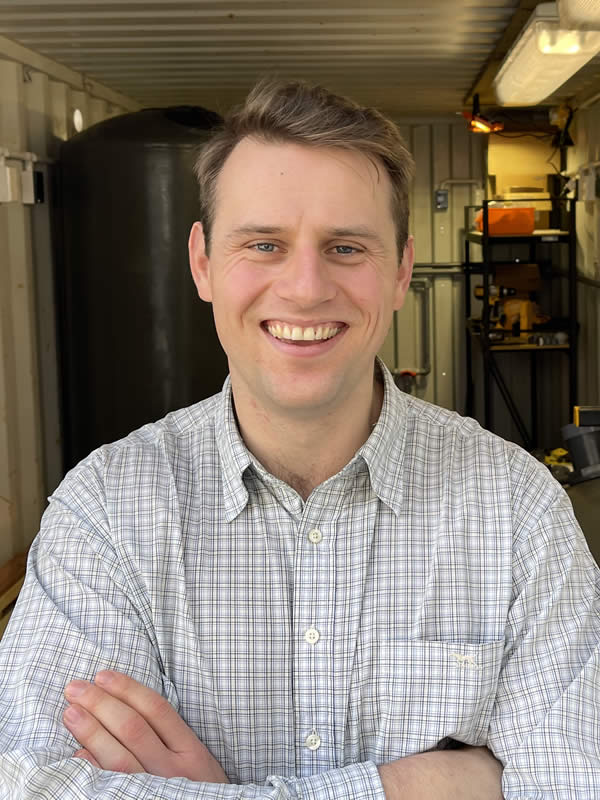 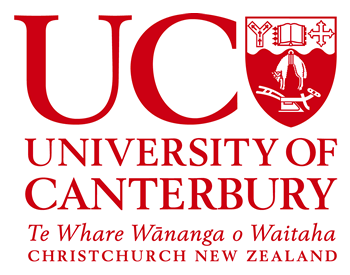 This award recognises an entrepreneurial researcher who has made outstanding contributions to business innovation or has created innovative businesses in New Zealand. This could be through technology licensing, start-up creation or by providing expertise to support business innovation.

A deep-tech research commercialisation leader, supporting early-career researchers to be part of the journey.

Professor Justin Hodgkiss has established an extensive track record as a leader in the commercialisation of deep-tech research. Prof. Hodgkiss’ research spans ultrafast laser spectroscopy, solar energy conversion, nanotechnology, and DNA aptamers, and he is highly published, highly cited, and has won awards for his knowledge creation. He has developed NZ-based ventures and supported the next generation of entrepreneurs to embark on their own commercialisation journeys.

Evelyn’s expertise as a lawyer, an Intellectual Property Advisor and commercialisation expert, combined with her technical background, makes her an effective one-stop shop for advice and execution and one of the most knowledgeable and experienced practitioners in the technology transfer and early-stage investment arena in Australasia.

She has negotiated some of the largest deals, from Soul Machines US$7.5M initial investment round led by top tier VC Horizon Ventures to access agreements with major Australasian funds (MRCF and IP Group). Further, the development of best practice template agreements used widely by university start-ups, Evelyn has without doubt had a major influence on the research commercialisation landscape in New Zealand and – and beyond in her role on the Board of Knowledge Commercialisation Australia (KCA).

Her unique skill set, knowledge and experience make her a key go-to person in the translation of research to industry. 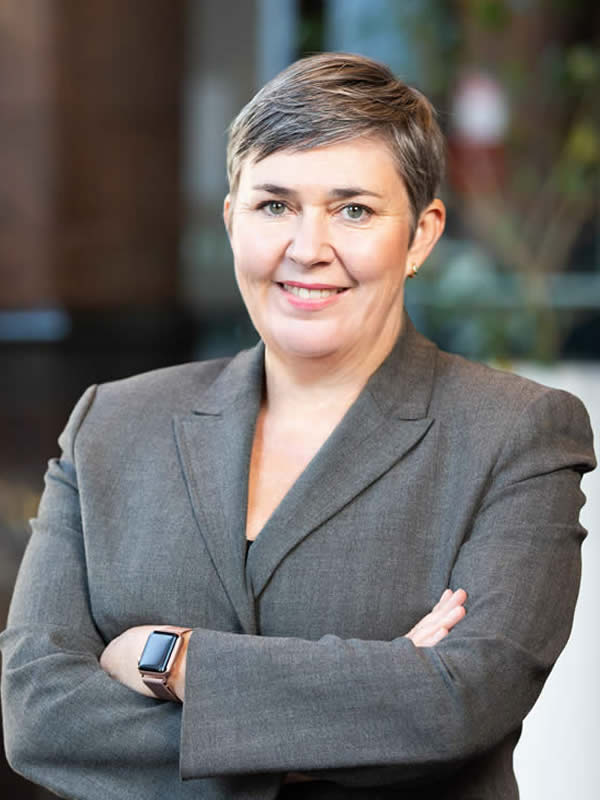 This award recognises a project that demonstrates best practice commercialisation of publicly-funded research. 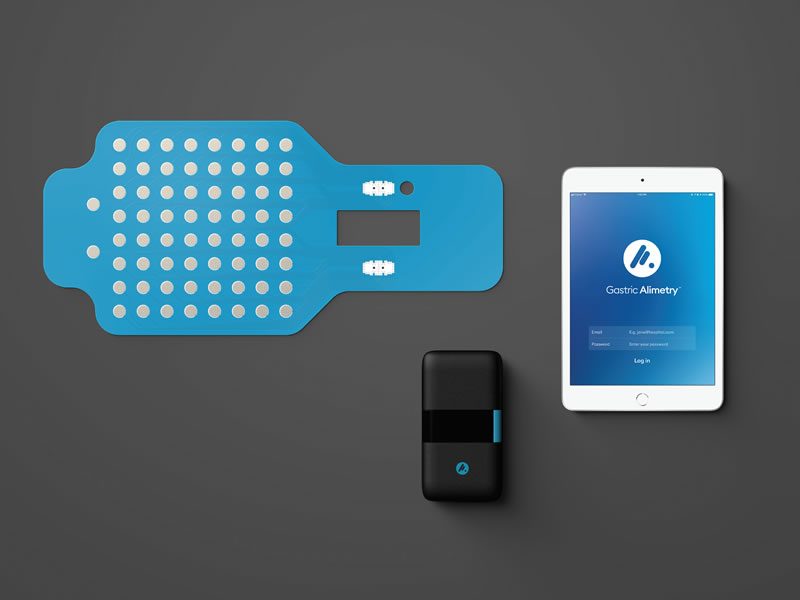 Gastric Alimetry is a breakthrough medical device to diagnose gastric disorders. It is wearable and non-invasive, using advanced flexible electronics to sense the movements of the stomach from the skin surface. Patients simultaneously log their symptoms into the Gastric Alimetry App, resulting in a cloud-based report that provides actionable data that uniquely identifies gastric diseases to better inform patient's care. Gastric Alimetry improves outcomes while reducing healthcare expenditure through reduced negative testing.

Gastric Alimetry is already being used in ten hospitals in six countries, with hundreds of tests completed and CE Mark and FDA regulatory approval.

Alimetry is a spin-out of the Bioengineering Institute at the University of Auckland, based on ten years of world-leading science and innovation. Tech transfer was managed by UniServices and supported by the University of Auckland Inventors Fund and PreSeed Accelerator Fund. UniServices then led Alimetry through their first round of investment funding in 2020 and supported Alimetry through their $16.3M Series-A round one year later in December 2021.

When commenting on the tech-transfer path that Alimetry and UniServices achieved, the lead Series A investor MOVAC commented: “So far, Alimetry’s commercial path has been textbook perfect.”

Magritek is a hugely successful business which grew out of decades of world-class research from teams at Massey University and Te Herenga Waka—Victoria University of Wellington. Magritek was incorporated in 2004 to manufacture products based on Nuclear Magnetic Resonance (NMR) technology.

Magritek’s main product today is the Spinsolve Benchtop NMR Spectrometer, which measures the chemical structure of molecules, and is the globally leading product in a rapidly growing and competitive market. . In addition, the company has developed a number of other solutions, including their initial product aimed at the tertiary education market, which in turn financed new product lines, including spectrometers, and smaller, NMR devices for materials industries.

In 2012 Magritek merged with a small German start-up company working in the same field and began building up its production facilities closer to where its customers are located. In 2013 Magritek opened a US sales and support office to support its customers in the North American market.

Magritek also attracted the attention of Wellington-based Rangatira Investments in 2013, which provided expansion capital and brought their total shareholding to 24% over the years. In recent years, Massey University and Wellington UniVentures have been able to sell some of their shares in the company and reinvest the proceeds in building the next generation of university-derived start-up companies. 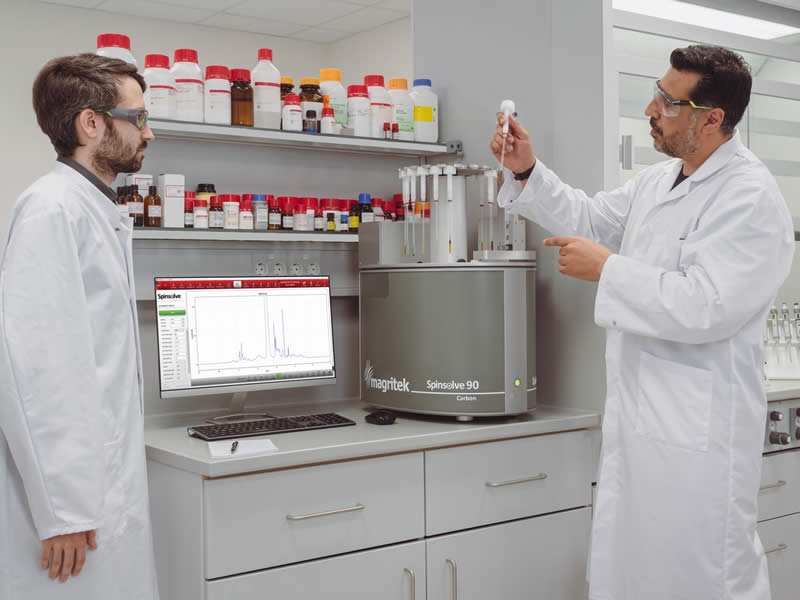