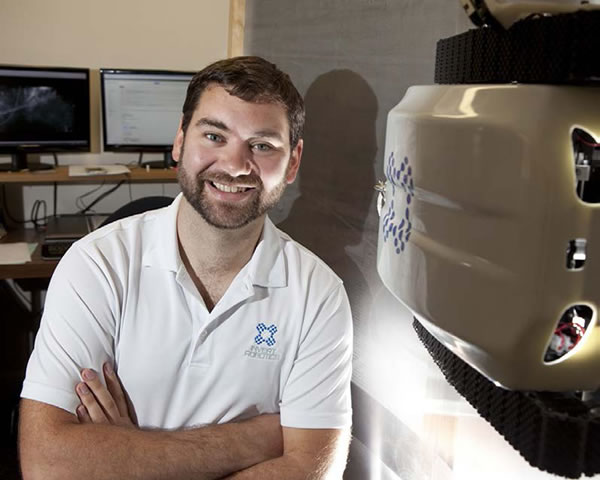 From its inception as a non-contact robot project from researcher James Robertson of University of Canterbury in January 2010, to a spin-out in 2012, Invert Robotics has now captured the imaginations of top US investors, securing $13M in a round of funding led by Finistere Ventures, an agtech/foodtech venture pioneer, with support from Yamaha Motor Ventures & Laboratory Silicon Valley (YMVSV), the corporate venture capital business of Yamaha Motor Co. Ltd.

The climbing robots can securely adhere to surfaces that other robots cannot and go into confined, treacherous spaces that would put workers' lives at risk. Invert Robotics offers precise, remote inspection of non-magnetic surfaces such as stainless steel, carbon fiber, aluminium and glass. Its climbing robot is already being used by key players in the global aviation market, alongside major Australian and New Zealand dairy companies and co-operatives such as Fonterra, Synlait and Murray Goulburn.

Over 100 industrial sites use Invert Robotics' services and over 2000 tank inspections have been conducted worldwide. Going beyond visual inspections, the company's robots can perform in-depth scans using surface-wave detection and ultrasonic probes to measure wall thickness, assess structural integrity and find defects on any surface.

The company is getting attention from the aviation inspection market and is looking at potential opportunities in the chemical industry, in addition to further work with energy, oil and gas companies.

Headquartered in New Zealand with offices throughout Europe, Invert Robotics will also build out an artificial intelligence platform that will allow customers to take a proactive approach to asset management by predicting potential fail points and future maintenance needs.