The HTS cabling technology was the product of nineteen years of research at IRL into high temperature superconductors, much of it funded by Government through the Foundation for Research, Science and Technology and the Marsden Fund administered by the Royal Society of New Zealand.

The cable will be useful in very high current rated devices such as large generators, transformers and motors and also in devices operating with AC current such as some magnets and induction heaters.

A major customer for the cable is IRL’s spin-off company, HTS-110, which was formed in 2004 to transfer years of HTS research and development at IRL into a range of products. 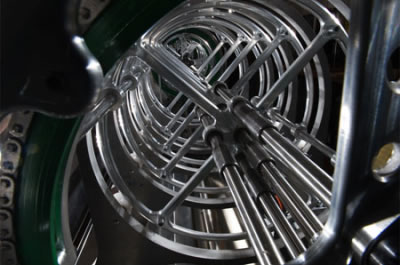 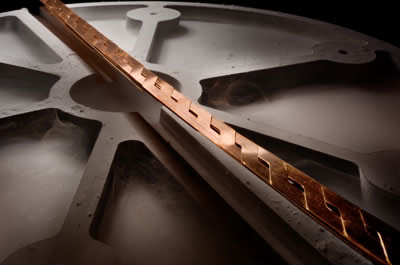 Fifteen strand cable in a test rig, cable is capable of carrying 3000A.