The technology was developed by Lincoln University in partnership with and Ravensdown Fertiliser Co-operative Ltd. A NZ patent for the technology was granted and sealed on the 26th June 2011.

Eco-n was released onto the market in 2004 and sales have exceeded $5m p.a. since 2006. Farmers using the product typically achieve an extra $600/ha in profit from milk production, while also substantially reducing nitrate leaching losses and mitigating greenhouse gas emissions from their pastures.

The invention originated in a research programme funded by the Foundation for Research, Science and Technology and conducted at Lincoln University. It was discovered that treating soil with a nitrification inhibitor in anew innovative way can reduce nitrate leaching losses from pastoral agriculture by up to 60 percent, reduce nitrous oxide emissions by up to 70 percent, and increase pasture production by up to 20 percent. Eco-n™ is a ‘win-win’ technology for both the farmer and the environment.

Ravensdown has invested heavily in the science of eco-n™, as well as its commercialisation. The CEO of Ravensdown describes Eco-n as one of the major agri-technology developments of recent times. 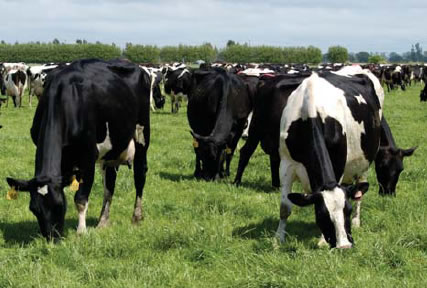