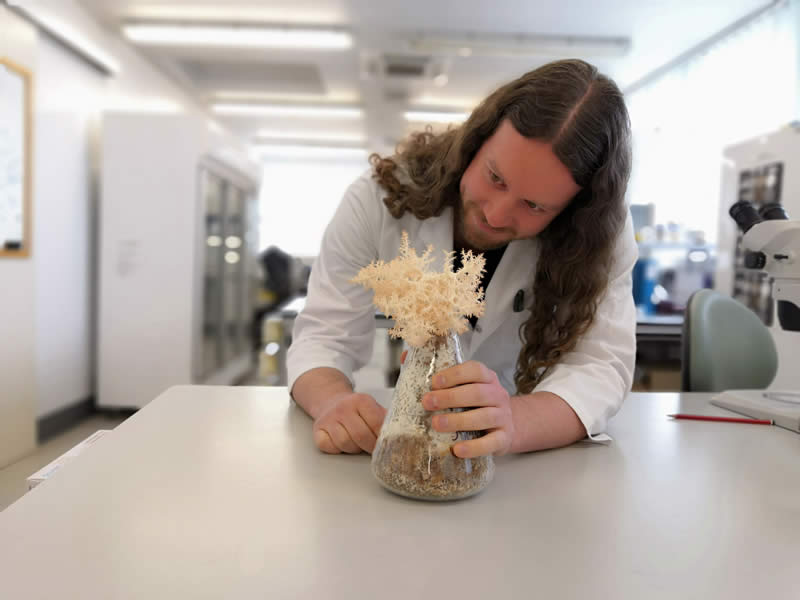 Chris investigated the potential to commercially produce three unique species of New Zealand mushrooms, each with unique flavour and aesthetic attributes, distinct from every major commercial competitor currently on the market. Alongside advances on the scientific front, Chris also undertook extensive market validation. He engaged with many chefs and restaurant owners, confirming their strong desire to purchase and work with the mushrooms to develop creative new dishes. This information enabled an initial estimate of volume demand and pricing to make an offering viable. Over the course of the project the trend for alternative meat/protein sources also continued to grow as a potential market. This trend represents demand for a high-quality protein source that is appealing to almost all dietary requirements.

Chris has also socialised the programme with several iwi groups who have shown interest in exploring what a commercial production deal could look like if results continue to look positive. The next big step is to setup a small-scale production facility, enabling production on a large enough scale to supply some restaurants, which in turn will enable a better assessment of commercial viability going forward. Chris is also keen to explore production on a larger scale as well as scope the potential of international markets.