Dr Greg Walker, Senior Lecturer in the School of Pharmacy at the University of Otago, has received a $25,000 grant from the KiwiNet Emerging Innovator Programme to aid his mission to protect our crops from pests without using harmful chemicals. The grant, awarded to help early career scientists with a clever new idea work closely with business to take it to market, is one of ten made possible by a donation from the Norman Barry Foundation. 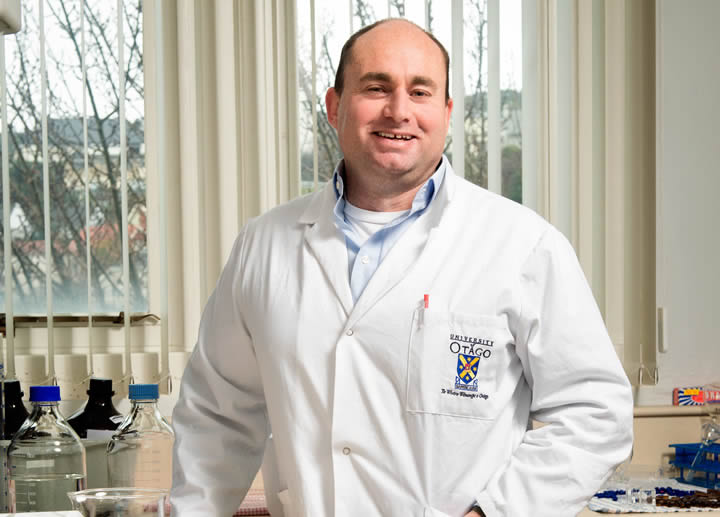 Inspired by nature, Dr Walker has developed a spider web-like system for the protection of plants and crops against pests using his pharmaceutical knowledge. "Electro spun nano-webs are sprayed or draped over the plants like a spider web, but on a smaller scale. We're mimicking nature as the nano-webs, similar to spider webs, are not water soluble and are resistant to environmental conditions like rain and wind. In this way we can prolong the time the active agent, in this case the biocontrol, is on the plant to provide protection," he says. 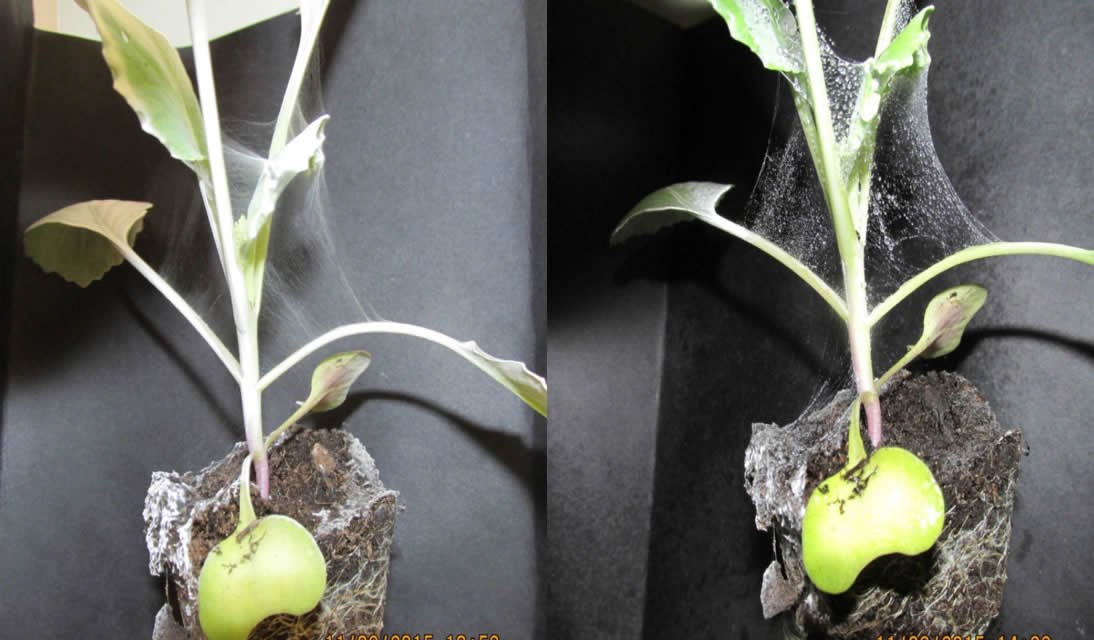 The nature inspired system provides an environmentally friendly way to protect crops from pests without the need for harmful chemicals. The nano-webs, food grade polymers that are not harmful if eaten by humans, also carry bio-active compounds that are harmful to pests.

Dr Walker's mission is to now commercialise the technology. "I'm very excited as the grant will allow me to build a mobile prototype electrospinning device. This will enable us to carry out tests in the field and demonstrate the technology to potential horticulture and cropping industry players and bioactive suppliers. It will also allow us to perfect the bioactive formulations."

Jason Culbert, Head Grower at NZ Hothouse says, "We are constantly trying to find ways to combat pests. Greg's development program has the potential to provide a natural and effective way of doing this and it is of great interest to us."

According to Walker, the technology has the potential to offer several important advantages over conventional agricultural spray systems. "The nano-webs contain the bioactive compound which means the compound stays in contact with the plant longer, improving its effectiveness and reducing the effects of the weather. There is also no undesirable spray drift and run-off and because the nano-web is visible there is less chance of overspray, reducing costs to growers."

Gavin Clark, Director of the Research and Enterprise Office at the University of Otago says, "Greg has established a group dedicated to developing electrospinning as a way to deliver bioactives and is skilled in controlled release formulation science, including previous industry experience developing wound healing formulations. He's an ideal candidate for funding as he recognises the importance of working with industry partners and end-users in order to shape his product at an early stage.

"His technology also addresses a large market, New Zealand's horticulture sectors earns revenues in excess of $3.6B pa and all growers apply multiple sprays per crop, per year. If the technology proves successful it opens up other application areas such as biosecurity control where the web can deliver pheromones to trap unwanted incursions, pollution control by immobilising fertilisers, and for use in nurseries to encapsulate important microbes in the soil."

The Emerging Innovator Fund is intended to nurture innovative new ideas from scientists and support early stage prototype development. Available to early career researchers based at universities and Crown Research Institutes across New Zealand, the fund is designed to boost research with a community application at a critical time. It also enables researchers to partner with a business and refine their project for market.

Dr Bram Smith, General Manager of KiwiNet says, "The Fund was established thanks to generous financial support from the Norman Barry Foundation. MinterEllisonRuddWatts also played a critical part in pulling the programme together and Baldwins are assisting with IP advice. We're already seeing some great progress from our first three grant recipients."