With KiwiNet's founding General Manager, Dr Bram Smith, moving to a private sector role, Dr James Hutchinson, previously a Commercialisation Manager at KiwiNet, has been appointed as CEO. Dr Hutchinson is passionate about the important role that science and the scientific community have to play in growing our economy into new high-tech and knowledge-based sectors.

Dr Hutchinson says, "I'm delighted with this opportunity - it is an exciting time to be leading KiwiNet. New Zealand's high-tech capability is growing and we must be bold if we are to power this up into a globally-competitive technology sector that is driving economic growth and creating benefit for all New Zealanders. Commercialisation of our cutting-edge science and entrepreneurship holds the key, and I'm looking forward to working with all stakeholders across the system to achieve this ambition." 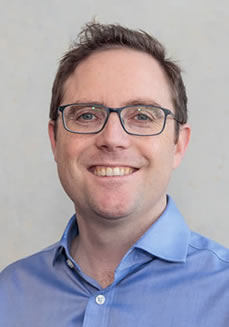 Dr Hutchinson has experience in supporting research and innovation in the UK and internationally with a particular focus on the life sciences and global societal challenges. He led a team of programme specialists to develop and implement a platform of science policy, advocacy, networking, conferences, workshops and other initiatives, working in close partnership with the international chemical science community. He is an experienced project leader who has a strong track record of working with government, industry and academia at senior levels.

Dr Hutchinson is also a Junior Policy Fellow of the Centre for Science and Policy (CSaP) at the University of Cambridge, UK, having authored over 20 pieces of science policy covering strategic reports, government consultation responses and position statements. He led a successful campaign to the UK Government in 2013, on behalf of the broader chemical science community, to protect public investment in science, and has participated in several advisory groups and expert panels to government bodies and NGOs.

The Honourable Ruth Richardson, Chair of KiwiNet, says that the Board's unanimous decision to appoint Dr Hutchinson is a vote of confidence in the bench strength of the KiwiNet team, commenting, "James represents a generation of kiwis who have excelled abroad and come home to take leadership positions. James has the skill set and ambition to take the KiwiNet mission to a new level of effectiveness in the cause of converting more of the promising innovations and ideas in our universities and Crown Research Institutes into commercial success."

KiwiNet's PreSeed investment partners have invested over $26.7 million into more than 500 projects since 2003. To date PreSeed investment (provided by the Ministry of Innovation Business and Employment) has led to over 153 commercial deals attracting over $114 million of business investment and 27 new start-up companies. Collectively, KiwiNet's investments into research commercialisation are generating a greater than five-fold return on investment to New Zealand and this is growing.

Dr Hutchinson is eager to build on this momentum, identifying several critical interventions that will underpin future success. He comments, "New Zealand needs to build commercial aspiration into the DNA of our scientists and young people, to create a pipeline of smart innovators who are mentored and nurtured. This needs to be accompanied by early and regular engagement with our investment community, particularly at the early stages, in order to attract the attention of the big international players that will take our technology to the world. KiwiNet needs to widen and better curate the channel that commercialises technology innovations from our research organisations to market."

"If New Zealand technology is to compete on the world stage, better collaboration is a key ingredient. KiwiNet has led the way, by creating a truly collaborative environment in which research organisations are working together to commercialise research discoveries. We've established the platform and now is the time to scale-up this approach to maximise the translation of Kiwi science into commercial opportunity for New Zealand."