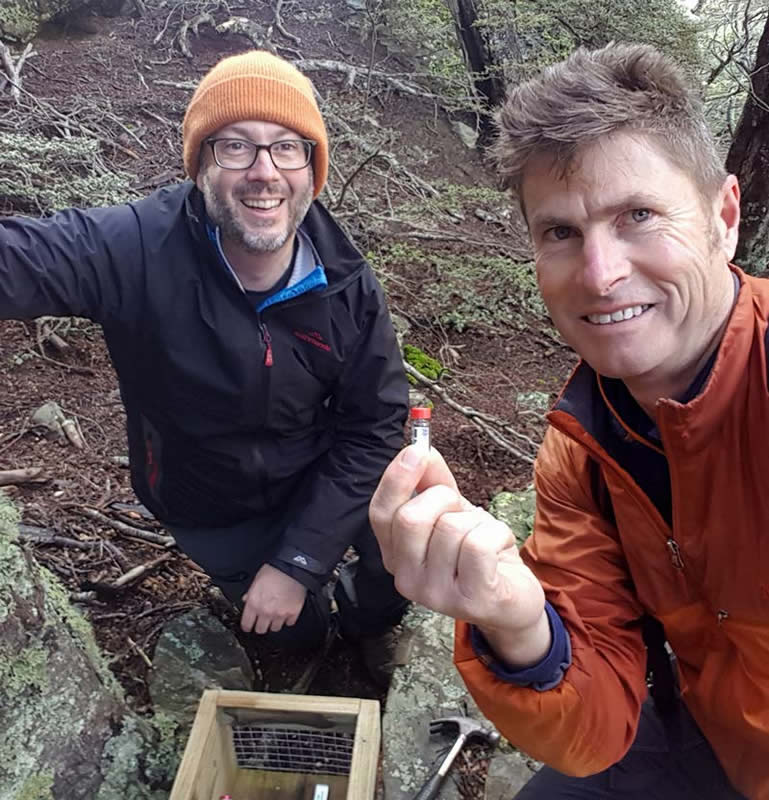 "The global pest market is growing fast and expected to reach US$28 billion in 2026. We're really excited about the commercial interest from potential partners around the world already."

Wellington researcher Dr Michael Jackson is well on the way to seeing his innovative, sustained-release rat lure products on the global pest control market, with PreSeed support from KiwiNet.

As part of his place in the Emerging Innovator Programme Jackson received $25,000 to aid the commercialisation of his new lures which emit chemical compounds identified are attractive to rats, one of the world's most damaging pest mammals. He has subsequently received a further $25,000 PreSeed Accelerator Funding for the project.

Dr Jackson says, "Being supported by KiwiNet to undertake market analysis and validation has been invaluable. I've been able to talk to, and collaborate with, potential partners across the globe who have extensive experience in developing and selling pest control products. I wouldn't have been able to do this without KiwiNet's support".

Dr Jackson from the School of Biological Sciences at Victoria University of Wellington is leading a research project team to transform a number of chemical compounds they have identified as attractive to rats into viable, commercially available products. The chemical compounds are being put into easy-to-use pest control products that emit the compounds in a controlled and sustained manner over extended time periods, thus offering users a time and cost saving replacement for traditional, perishable lures. This important technology which will have applications in a range of settings including conservation, agriculture, food storage and processing, and human and animal health.

Viclink, the commercialisation arm of Victoria University of Wellington, has worked closely with Dr Jackson and his team to develop a strategy to commercialise this novel approach to pest control including patent applications to protect the invention's intellectual property. Dr Jackson has been able to assess channel-to-market options, secured interest from key local and international industry players, and engaged with commercial partners to undertake a range of commercial activities.

Dr Janice Cheng from Viclink who works alongside Dr Jackson comments, "The global pest market is growing fast and expected to reach US$28 billion in 2026. We're really excited about the commercial interest from potential partners around the world already."

Jackson, along with colleagues Associate Professor Wayne Linklater and Dr Rob Keyzers from Victoria University of Wellington's Centre for Biodiversity and Restoration Ecology, were also awarded $360,000 last year from the Department of Conservation to help develop their lures through the Predator Free 2050 Tools to Market fund, designed to make more available the tools needed to achieve New Zealand's Predator Free 2050 goal. The funding enabled the team to begin the process of transforming their initial research into viable products.